A storytelling journey to transform, heal, and alchemize life's hardest moments. Take control of your story and begin your journey.

Calling All Women & Men who are ready to transform your hard to tell stories to reveal your gifts, strength and resiliency.

This Is A Sacred Invitation.

Are you ready to use your voice as a tool for healing and transformation?

Are you prepared to harvest the wisdom and teaching even from the hardest experiences?

Are you willing to tell the version of the story you are living in for the last time, and to walk through your story as a path to healing and transformation?

It’s time to share what you have learned, so the next generation can be guided to a new way of coming into respectful relationships with each other.

In this workshop, you will learn techniques to:

Are you ready to engage your story like never before?

Story has been one of the most ancient technologies for healing and transforming on our planet. Bring your story to this sacred altar and meet your story as a living being that deserves your respect and reverence. Your story has the capacity to offer magic and perhaps even an unexpected perspective that provides a bridge to healing.

Step into the web as we find the universal truths that live within the threads of our connection.

You will be embraced in a circle where you can activate your innate creativity as you come into relationship with the ancient roots of your story that nourish and sustain the deep humanity.

You don’t need to arrive knowing how to tell your story. You need only the desire to engage and alchemize your story – so that your story can transform the world around you.

Join a global community of women that is committed to telling their stories in a way that heals and transforms the collective wounds of our time.

"My experience was transformative. I was able to work with my own story in an empowered way that helped me bring closure to an old trauma I had suppressed for years.” — Lashanda Brown Sell, PhD

This workshop is for you if:

You will be led through exercises and practices that will provide you a way to connect with your creative flow, techniques that support your mind body and spirit, and exercises that will stretch your storytelling muscles.

"I feel like dignity has been brought to my role in these painful stories, and I feel empowered to live in them with awareness and choice. What a healing!” — Kait Singley

“To follow Story is to understand the path of healing. Each of our stories is a universe. Each one of us is living a story. To discover its shape and essence is essential to soul making.” ~ Deena Metzger

Have questions about the workshop? Want to get in touch? Email info@LeahLamb.com

Leah Lamb, MSW, experiences story as a tool for personal transformation and social change, and views the artform as a mystical expression of the connection between earth, people, and all life forms. Her storytelling lives in several mediums. She has authored short stories, documentaries, and award-winning PSA’s about the environment. Her articles about culture and the environment have been featured in Fast Company, Spirituality & Health Magazine, National Geographic News Watch, and Huffington Post. She produced and hosted The Green Channel on the Emmy-award-winning television network, Current TV.

Her education in theater includes studying the Eric Morris technique, the Meisner technique at the Neighborhood Playhouse in NYC, and apprenticing at The Williamstown Theater Festival. Her love of the arts as a doorway to social change came alive when she began writing and producing, But it is her love of the wilderness that brought her to the threshold of listening to where the stories live. She worked as a wilderness guide for seven years, traveling from Alaska, to Nepal, to Mexico, and to the deserts of the southwest. Leah created the format of storytelling ceremonies, which have toured in LA, San Francisco, and NYC. Her mystical storytelling, known as Soul Stories, provides people another tool to explore their archetypal structure and examine their lives through the metaphors and symbols that present in their consciousness.

"I’ve been walking with a heavy story, in bewilderment of how to relate to it, what to do with it, carrying a sense that it has relationship to a universal human story but not knowing where to begin. Leah helped me spell out the pieces through feeling ALIVE in the story, honoring it, bringing intention to the craft of it, and allowing it to reveal itself to us. I feel like dignity has been brought to my role in these painful stories, and I feel empowered to live in them with awareness and choice. What a healing!” — Kait Singley

"My experience of learning about story with Leah was transformative. I have been struggling for some time with finding my voice and therefore finding my power... My voice got lost in the shuffle of all the hustle of life. I always felt pulled away by what I ‘should’ be doing rather than listening to the wisdom within. But Leah’s course showed up in my life and it has shifted me in a very powerful way. I was able to learn new skills (like working with myth) with ease and flow. But most importantly I was able to work with my own real life story in an empowered way that helped me bring closure to an old trauma I had suppressed for years. If I had to do it over, I would choose this course a thousand times over and over again!" — Lashanda Brown Sell, PhD, Participant in Change Your Story, Change Your Life 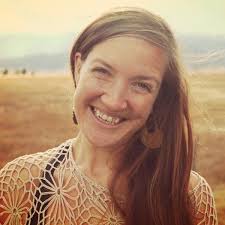 "Kind yet firm, loving yet fierce, Leah expertly marries the magic with the mundane as she fluidly guides the unfolding of every soul's unique story. Her ears listen for the deeper currents flowing beneath the words and actions, her words call each participant more fully to life, her eyes sparkle with the radiance of aligned purpose, and her heart sings the siren song of remembrance and returning. Leah's work is an imperative service to the great turning of our world and culture, and her devotion to the mystery invites all that work with her to step into their unique embodied expression of medicine and purpose through the weaving of the great mythological unfolding of each and every life. If you are ready for true transformation of the tales you tell and the germination of the seeds of growth within your soul, step into Leah's circle and surrender to the greater story that is longing to live through you." — Hannah Jermstad